The Sunny Lanes block is a traditional block. The basic unit looks like this: 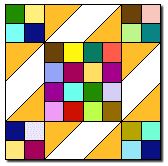 When the blocks are put together, they form diamonds among the patches. 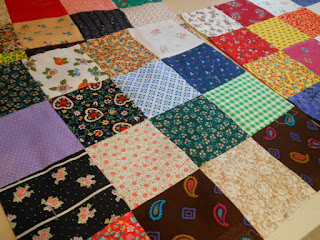 I wanted to use those in the quilt, so rather than making the block the traditional way, I used my 16-patches and constructed the chevron blocks from HSTs. 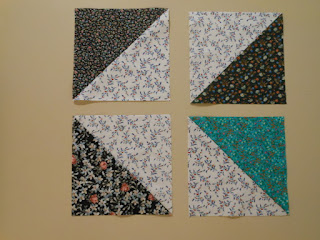 I chose to use a calico for the "lanes" in these chevron blocks rather than the usual solid color. I think it creates a more old-fashioned look. 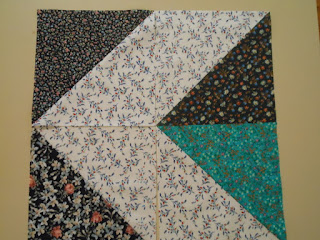 This is a quilt where layout is very important. I checked back with the diagram many times to be sure that my diamonds were formed correctly. The assembly itself is easy--just sew the 16-patch and chevron blocks together.


I used a pretty, neutral fabric for backing. One reason I chose it is because it has a large repeat, and I wanted to show off the print. Cutting it up too much would cause me to lose the overall pattern. I used a red binding to bring out the reds in the quilt. 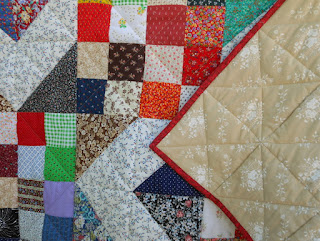 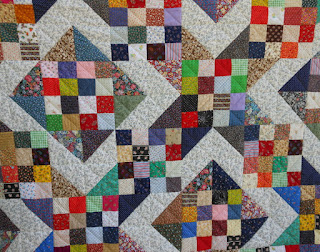 Here is the finished quilt. 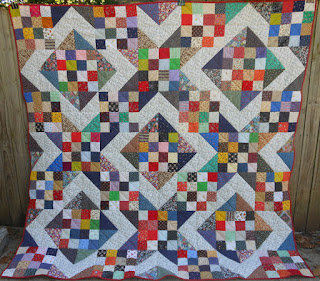 Taking a different route in construction is something you may sometimes need to try. Don't be afraid to make your quilt your way.
Posted by TheEclecticAbuela at 1:37 PM